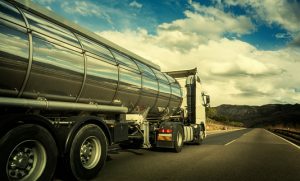 Last year, we discussed the Permian Basin’s rise in truck accidents during the oil boom, which was spurred by a 2016 U.S. Geological Survey report.

Following the last oil bust, the region turned into a ghost town with less-traveled roadways.  After roughly 20 billion barrels of oil was discovered, however, the region quickly bounced back. Roadways became congested with a mix of commercial vehicles, oil tankers, and passenger cars. As a result, the oil region has seen a sharp increase in traffic accidents.

What’s driving the high rate of crashes in the oil region?

The Permian Basin only contains about two percent of the entire Texas population, but the Texas Department of Transportation (TxDOT) reports that in 2017, 11 percent of all statewide traffic fatalities occurred there.

TxDOT attributes the crash rate in that area to the high number of large commercial vehicles traveling through energy sectors. Not only does this put motorists at heightened risk of collisions with large trucks, it also puts extra wear and tear on the roads in that area – creating road defects that could increase the risk of a crash.

What can be done to mitigate the risk?

In its annual “Be Safe. Drive Smart.” campaign, TxDOT hopes to educate motorists on the dangers of driving around commercial vehicles.

In 2018, TxDOT spent roughly $22 million maintaining and repairing roads throughout the Odessa District. The agency currently seeks to raise up to $800 million to repair Interstate 20 in Midland and Ector counties.

Despite the heightened risk factors throughout the Permian Basin, Powell cites “poor driver behavior” as the leading cause of crashes in the oil region. These leading factors often include impaired driving, distracted driving, tired driving, and speeding.

If you or a loved one was injured in a crash because of someone else’s reckless behavior, the legal team at the Herrera Law Firm can help you explore your legal options. Our attorneys are experienced with negotiating with insurance companies and resolving car accident and truck accident cases in the courtroom. To get started on your claim, contact us online to schedule a free case evaluation.