Home > About Us > Attorney Jorge A. Herrera

Jorge A. Herrera, Attorney at Law 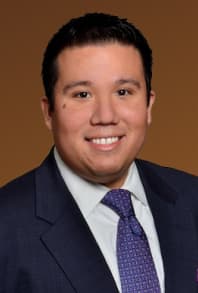 “Our passion for the community is clear.”

Attorney Jorge Herrera is making a name for himself in the field of law, all while carrying out the core values and strong morals instilled in him by his father, Herrera Law Firm founder Frank Herrera Jr.

In May 2001, Jorge graduated from Columbia University with a bachelor of arts in political science, and received the Charles M. Rolker Prize for leadership. He was senior class president and served his alma mater as the founder of the Latino Student Peer Mentor Program, chair of the Minority Recruitment Committee, and Board of the Chicano Caucus. A graduate of The University of Texas School of Law in 2005, Jorge was a member of the Board of Advocates, Texas Hispanic Journal of Law and Policy, and a student member of the Association of Trial Lawyers of America, and the Texas Trial Lawyer Association.

Jorge Herrera’s philosophy is one of community empowerment. His family instilled in him the passionate belief that he must use his voice and skills to empower citizens and ensure they receive justice in the courtroom.

Committed to the needs of clients

Jorge Herrera is actively involved in local politics and his local community as well as national advocacy. Currently, he serves on the national board of the Mexican American Legal Defense and Education Fund (MALDEF) and on the board of Catholic Charities of San Antonio.

Jorge has previously served as the general counsel for the San Antonio Hispanic Chamber of Commerce, vice chair for the South Texas Hispanic Fund, the continuing legal education (CLE) chair for the Texas Trial Lawyers Association, and on the national board of AVANCE, Inc.

Jorge has given continuing legal education (CLE) presentations on construction accidents, oilfield accidents, Chapter 95, and modern technology. He is also a Texas Bar Foundation Fellow and serves on the local grievance committee from the Texas Bar.

Jorge and his wife Victoria have two lovely children. He loves to read to them, and most importantly, coach his children’s sports teams.

Jorge A. Herrera – fighting for justice, one client at a time. Find out how Jorge can help you. Contact us and schedule your free case evaluation.