A San Antonio personal injury lawyer who knows how to win 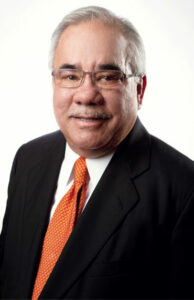 San Antonio personal injury lawyer Frank Herrera Jr. built his law firm around that motto. He never takes anything for granted. He does the work that needs to be done and he never backs down, never surrenders. When you have Frank Herrera Jr. in your corner, you can count on him to fight for your rights and to fight for justice.

These values were instilled in Frank at a young age by his hard-working parents, Frank Sr. and Elvira, a mechanic and migrant farm worker. Neither finished grade school. They encouraged their son to become a lawyer and improve the lives of others through his work.

“My parents worked hard to help me realize my dream of becoming a lawyer,” Frank says.

Born and raised in Edna, Texas, Frank’s interest in law began while observing court proceedings with his father. He found a hero in civil-rights lawyer Gus Garcia, the first Mexican-American to argue a case before the U.S. Supreme Court. Watching Garcia in court, Frank said he knew that’s exactly what he wanted to do – make a difference in people’s lives.

The beginnings of the Herrera Law Firm

Mr. Herrera was accepted at St. Mary’s University on a scholarship and graduated with a bachelor’s degree in political science and English in 1964. He then began his legal education at the university’s law school, a rigorous program that he completed in only 2 ½ years.

Admitted to the bar in Texas in 1967, Mr. Herrera served as an attorney for the National Labor Relations Board. Two years later, he joined a labor law attorney with the Law Office of Arthur Gotchman. In 1969, Frank opened his own law firm with the help of his parents, who refinanced their home to purchase his office furniture and equipment. Eventually, he formed Hardberger & Herrera, an endeavor with Phillip Hardberger, former Chief Justice of the Texas Fourth Court of Appeals and former Mayor of San Antonio.

Then in 1983, Frank Herrera became the sole owner of the Herrera Law Firm (known then as The Law Offices of Frank Herrera, Jr.), a culmination of his lifelong commitment to hard work and justice for all.

Committed to the community

Attorney Herrera dedicates countless hours of his time, financial resources, and legal expertise to causes he believes strongly in, including the Mexican American Legal Defense and Educational Fund (MALDEF), The New American Alliance, and the St. Mary’s University Alumni Association and Central Catholic High School. Frank Herrera actively chairs numerous charitable events and sits as a member for many charitable organizations that benefit his local community.

Over the years, attorney Herrera has received numerous awards and accolades. In 2013, he was elected to serve as Chair of the Board of Directors for the New American Alliance, Inc., an organization dedicated to advancing the American Latino community.

In 2016, he received the Peter Torres Jr. Community Service Award from the Hispanic Issues Section of the State Bar of Texas. Attorney Herrera was also named one of the 25 Most Influential Hispanic Lawyers in the United States by Latino Leaders Magazine.

More recently, Herrera’s law firm relocated its main office to San Antonio’s West Side neighborhood. Located in a historic building, the firm’s new office represents a commitment by attorney Herrera and the rest of his firm to his up-and-coming neighborhood. We’re proud of our history and we’re committed to serving our community.

Making a difference in people’s lives

Attorney Herrera runs his law firm in much of the same way he runs his life — with the hope that every move he makes will positively impact others. Frank is seen as a leader in the courtroom. That’s why many fellow attorneys from across the country regularly seek his guidance. He’s the attorney lawyers trust when they need something done right.

It is the hard-working people of San Antonio and Texas who truly inspire attorney Herrera. He knows how much each case matters, how the outcome can affect people’s lives forever. That’s why he’s committed to rectifying the wrongs committed against his clients, to fighting for the underdog.

At the Herrera Law Firm, you’re more than just a client. You’re family. Contact us and schedule your free case evaluation with Frank Herrera Jr. today, and let our legal team get started on your case.