Thousands of Texas Trucks Pulled From Service for Safety Violations 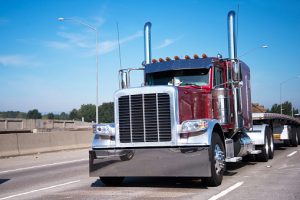 Texas truck accidents are known to cause severe and permanent injuries, fatalities and millions of dollars in damages. A common factor our San Antonio truck accident attorneys have identified is unsafe trucks, usually due to a lack of proper maintenance or repair.

The recently reported results of the Texas Department of Public's Safety's Roadcheck 2018 are not entirely surprising. State troopers with special training for commercial vehicle enforcement conducted a three-day spot-check of nearly 8,000 commercial vehicles statewide. Of those trucks, about 1 in 4 were removed from service for safety violations.

Further, more than 300 drivers were placed out of service for failure to comply with state and federal safety regulations. Violations included drivers who lacked the proper type of commercial licensure or failed to comply with the federal hours-of-services law.

The Federal Motor Carrier Safety Administration requires truck drivers to take regular rest breaks, allowing them only to drive a maximum 11 hours in a row, and only then after taking 10 consecutive hours off. They also can't continue to drive beyond the 14-hour mark after going on duty or from driving more than 60 hours in a week or 70 hours in the course of eight days.

Truck drivers who fall asleep at the wheel can cause severe and irreparable damage, given that these trucks can weigh as much as 80,000 pounds.

In San Antonio truck accident lawsuits wherein a driver failed to take the required rest breaks or falsified log books, employers can be found liable based on a theory of negligent supervision. Unlike a case founded on a theory of vicarious liability, this theory does require the plaintiff to prove the employer's active negligence.

Commercial trucks are huge machines that require regular and precise maintenance. Even the smallest failure can have catastrophic consequences. Consider, for example, what can occur when suspension bolts fall out of a moving truck. An entire trailer could easily become unhitched while that truck is traveling 70 mph on the highway. Any other occupant in a vehicle sharing the road would be at risk of a serious injury.

Regular maintenance checks must be performed on commercial vehicles. Failure to perform those checks - or failure to repair a problem that was identified during a check - could constitute negligence.

As reported by The Star-Telegram, a total of 1,975 commercial vehicles inspected were taken out of service. These were large commercial vehicles that had issues like worn tires and faulty brakes. The fact that this accounted for 25 percent of trucks inspected is deeply concerning. This percentage is higher than those removed from service in previous years, albeit only slightly.

In 2017, 23.6 percent of commercial vehicles inspected were taken out of service and in 2016, it was 22.5 percent. In addition to the removal of trucks and drivers from service, the task force issued 1,260 citations and more than 18,175 warnings.

If  you or a loved one was injured in an accident caused by a negligent trucker or trucking company, you should contact our law firm as soon as possible.