Home > Blog > Is the Trucking Industry Behind the Curve on Safety Technology?

Is the Trucking Industry Behind the Curve on Safety Technology? 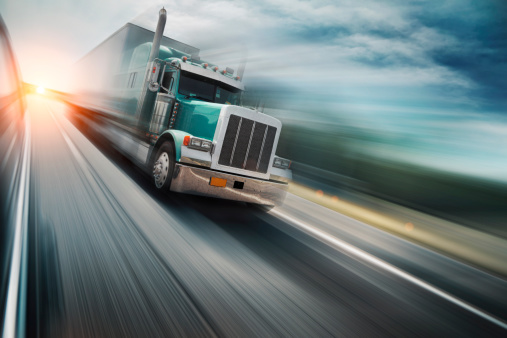 What’s even more shocking, truck crash fatalities have increased for four consecutive years, and those involving pedestrians rose by 13 percent in 2018 alone.

“The numbers are even more reason that we shouldn’t head in the direction of loosening safety rules proven to work to make trucking safer, and that help reduce the risks for people who share the road with trucks,” said Insurance Institute for Highway Safety spokesman Russ Rader.

Why is advanced safety technology so critical?

In recent years, the United States has seen a steady decline in the overall number of traffic fatalities. In 2018, approximately 36,560 people died on U.S. roadways – a decrease from 2016 and 2017.

Safety advocates give credit to the emerging safety features that now come standard on new cars.

“New vehicles are safer than older ones and when crashes occur, more new vehicles are equipped with advanced technologies that prevent or reduce the severity of crashes,” said NHTSA’s acting administrator James Owens.

The trucking industry, however, is only now beginning to catch up with the implementation of semi-autonomous vehicle safety technology.

A AAA study conducted in 2017 found that equipping fleets with lane departure warning systems can prevent up to 6,372 crashes, 1,342 injuries, and 115 fatalities each year. These systems use sensors to detect when a truck is about to veer into another lane or off the road. The system then sounds an alarm to alert the driver of the potential crash risk.

Video-based onboard safety monitoring systems have the potential to prevent 63,000 crashes, 17,733 injuries, and 293 fatalities each year. These systems allow trucking companies and fleet owners to monitor drivers and offer remedial training.

What are my legal options if I was hurt in a truck crash?

Due to the sheer size and weight of large commercial trucks, it only makes sense for the trucking industry to look out for the safety of all road users, not just their own interests.

Sadly, many trucking companies and fleet owners sacrifice safety to save a buck. Some even knowingly place large commercial vehicles with unaddressed safety defects on Texas roadways.

When their negligent actions result in someone else’s injury or death, the San Antonio truck accident attorneys at The Herrera Law Firm are ready to take action.

Truck accidents are usually highly complex. Without the advocacy of an experienced legal team, crash victims may find themselves paying their medical expenses and lost wages out of their own pocket.

To find out how our attorneys can help you build a strong legal claim and maximize your compensation, contact us online. We offer free case evaluations and operate on a contingency fee basis. You don’t pay, unless we win your case.