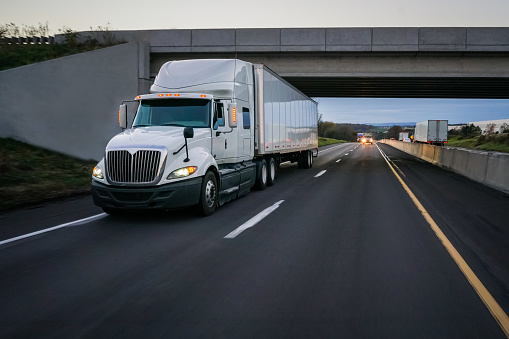 With fatalities increasing, the federal government is beginning its first large truck accident study in over 15 years.

Jim Mullen, the acting administrator of the Federal Motor Carrier Safety Administration (FMCSA), announced the study on January 14. The agency is collecting information, including public comments.

The goal of the study is “to lead to significant reductions in the frequency, severity and crash rate involving commercial motor vehicles,” Mullen said in the FMCSA announcement.

This time, factors such as texting and other cellphone distractions will be considered in the FMCSA study, according to FreightWaves, a data and content forum on the freight industry based in Chattanooga, Tennessee.

The last study of large truck crashes examined crashes from 2001-2003. It reviewed 967 crashes in 17 states. Roughly 12 million large trucks are registered across the U.S.

Details regarding the study

The trucking industry will consider safety technology in new fleets. This includes in-cab navigation and fleet management systems and safety equipment, such as automatic emergency braking and lane-departure alert systems.

How to submit comments

Those who want to submit information for the FMCSA to consider in the study have until March 16, 2020.

Here are the details to submit comments and get other information:

If you want acknowledgment that FMCSA received your comments, please include a self-addressed, stamped envelope or postcard, or print the acknowledgment page that appears after submitting comments online.

The FMCSA requests that comments answer these questions:

•What type of study are you recommending? (For example, nationally representative vs. convenience sampling?) What are the pros and cons of this approach?

•How important is it for the new study results to be comparable with the findings of the original?

•What other sources of data can enrich the new study, and how can they be identified and included?