Our Attorneys Disclose How Truck Safety Violations are Tracked 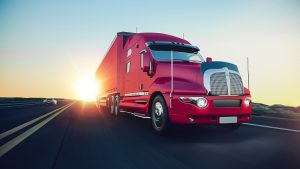 Texas truck drivers may already be familiar with the term Compliance, Safety and Accountability (CSA) but what does it mean to other road users?

The CSA program applies to large commercial trucks and is administered by the Federal Motor Carrier Safety Administration (FMCSA). The purpose of this program is to enforce safety standards for truck drivers and trucking companies.

CSA is conducted by using a point system that ranks fleets on their compliance with safety standards. Anytime a violation occurs, points are issued to fleets. In order to avoid any scrutiny from the FMCSA, trucking companies and their drivers must keep their scores as low as possible. Those with frequent violations may be subject to FMCSA investigation.

Below is the list of violations and the corresponding point system. Violations are grouped into categories called Behavioral Analysis and Safety Improvement Categories.

Some violations in the lower end of the point system include failure to obey traffic control devices, tailgating, improper lane changing, improper passing, failure to yield the right-of-way, operating a commercial vehicle on an interstate while under age 21, and not meeting the physical qualifications for the job.

Other common CSA violations include:

Unfortunately, CSA scores are not accessible to the public. If you were involved in an accident with a large commercial truck, your attorney may be able to subpoena FMCSA records. While CSA records alone may not be supporting evidence in a truck accident case, they may provide documentation that a truck driver or trucking company had a history of violating safety regulations.

For example, if your truck accident was caused by a mechanical defect, records may indicate that the company failed to maintain the vehicle involved. Violations involving licensure may show that the trucking company knowingly hired an inexperienced or unqualified driver.

Through an in-depth investigation, an experienced attorney at The Herrera Law Firm may compile supporting evidence through crash scene photos, witness statements, and details provided in the police report. For more than 30 years, we have successfully represented truck accident victims in San Antonio. Contact us today to set up your free case evaluation.