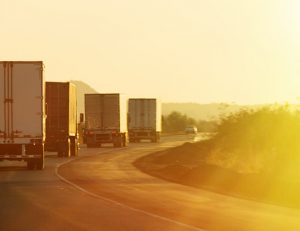 Our state legislature is going to be spending a fair bit of their time this year talking about commercial trucks, the safety of their drivers and others who share the road with them. Three bills have already been introduced that would each address a different aspect of operating a truck in Texas.

These include provisions for driver hour logging, licensing of trailers, and driver training for safety around trucks hauling oversize or overweight loads. If passed, all of these bills would become effective on September 1, 2019.

The proposed change would add a subsection which prohibits state law from requiring “an electronic logging device: (A) to record an intrastate operator ’s duty status; or (B) to be installed in a commercial motor vehicle used only for intrastate commerce.”

HB 376, introduced by state Rep. Joe Pickett, D-El Paso, is also a change to existing law, though this one focuses on trailer registration. This proposed change would create a distinction between renewed plates and permanent ones. The former would have a token fee of $15 per registration year, while a permanent plate would have a fee of $80 and last until the trailer is removed from service or sold.

State Rep. Ina Minjarez, D-San Antonio, introduced HB105 in November. This adds a subsection to state law regarding driver education, requiring that students learn safe procedures for sharing the road with oversize and overweight trucks. This would specifically include safe following distances and safe procedures for passing such trucks.

While all of these are important to drivers in our state and we will be following their progress closely, we take a special interest in this attempt to help drivers safely share the road with large trucks. The size difference between trucks and other vehicles cause crashes between them to have devastating results.  If you have been involved in an accident involving a truck in Texas, contact us today so we can get you the help you need.