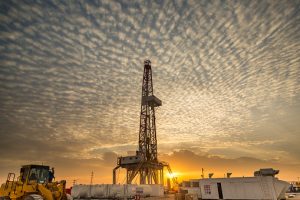 Oil rig accidents are often catastrophic. Explosions, oil spills, and malfunctioning equipment are among possible problems, which may develop on an offshore or onshore oil rig. Many of these problems make the news because of the tremendous damage they cause, including serious injuries to workers on the rig. The fatality rate in the oil and gas industry is approximately eight times the national workplace average death rate, and injuries happen not only at drilling sites but during transportation and refining as well. In 2012 alone, there were 138 workers killed on-the-job in the oil industry.

While major accidents can cause permanent injuries and death, there are also more minor incidents which happen every day and which never make headlines. Occupational Health & Safety recently reported some of the most common work-related problems people in the oil and gas industry face: problems with their hands. While hand injuries may not make the news, they can end a career, leave an employee of the oil industry unable to do his job, and necessitate significant medical expenditures.

Impact injuries to the wrists, the fingers, and hands accounted for 20 percent of all injuries in the oil and gas industry between 2009 and 2013. A single hand injury to a worker in an oilfield can cost more than $21,000 and in some cases significantly more.

One example was given of a worker who sustained a deep cut to the hand. The cut necessitated the amputation of his thumb. Although the worker was cleared to return to work within two weeks, the direct costs (medical bills and indemnity payments) totaled $24,000 and indirect costs totaled $120,000. Indirect costs included compensating a replacement worker, repairing the property, investigating the accident, taking corrective actions after the incident, higher insurance costs, new training expenditures for workers, changes to schedules, delays, and administrative expenditures. This single hand injury thus resulted in $144,000 in expenses, wiping out approximately a month worth of the employer's profits.

There are many similar cases, especially as oil and gas workers routinely do physically intensive labor and use their hands all the time. Injuries are very common within the industry because oil and oil byproducts make things much more slippery. Workers must apply between 30 and 40 percent more effort than normal to grip things covered in oil without slipping. Over time, this takes its toll and it increases the chances of carpal tunnel as well as increasing the likelihood a worker will eventually drop something, slip, or otherwise get injured.

The most common injuries to the hands resulting from oil rig accidents including impact and crushing injuries; cuts and lacerations (these make up 13 percent of serious hand injuries in the oil and gas industry); burns from flash fires; chemical exposure to the skin; and carpel tunnel or other repetitive use injuries.

Hand protection, including gloves, can help reduce the risk to the hands but some injuries like those caused by flash fires are very difficult to prevent.   Workers can face serious consequences, including permanent loss of mobility in the hands, when accidents occur.