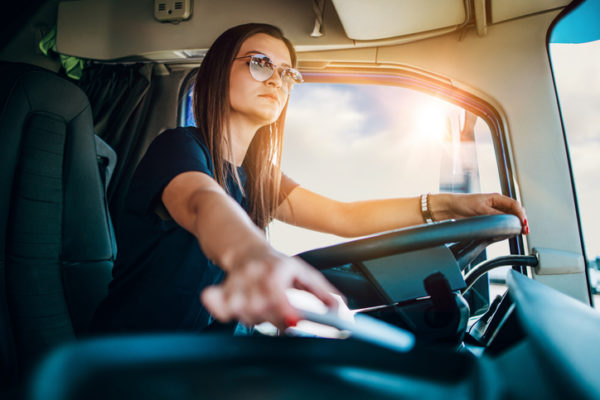 In response to the national trucker shortage and resulting supply chain issues, the United States is moving forward with a plan to allow teenagers to drive tractor-trailers across state lines.

Currently, while some drivers aged 18 to 20 are allowed to drive heavy trucks on routes within one state, all truck drivers who cross state lines must be at least 21 years old.

As the Associated Press reported, an apprenticeship program created by Congress in last year’s infrastructure law will allow some under-21 drivers to operate trucks on interstate routes.

The trucking industry has fought for this program for some time to help with the trucker shortage. However, from a safety perspective, it may just trade one problem for another.

Both the trucker shortage and the apprenticeship program raise safety concerns

The United States has been short on truck drivers for quite some time. Currently, the trucking industry estimates it has over 80,000 fewer drivers than it needs to meet the rising demand to move products.

As anyone who has ever worked for a short-staffed company can tell you, this means there is more pressure on the remaining workers. Truckers are under pressure to work long hours, skip breaks, and drive faster to cover as many miles as possible. This comes with the obvious risk of drivers falling asleep at the wheel or losing control of their vehicles and causing serious truck accidents.

However, young drivers bring with them other safety concerns. Statistically, drivers under 20 are nearly three times more likely to be in a fatal crash than those age 20 and over. Drivers under 21 lack the experience and decision-making skills that older drivers have, and those problems are only magnified when they’re behind the wheel of an 80,000-pound vehicle.

The apprenticeship program does require a 120- or 280-hour probationary period with an experienced driver in the passenger seat, plus ongoing performance monitoring until the driver turns 21. The Department of Transportation also says that carriers with excellent safety records will take part in the program, according to the Associated Press article.

However, it remains to be seen whether the trucking industry will follow through on meeting these safety standards. We are also concerned that young drivers who are new to the workforce may be less willing and able to stand up for themselves if they’re pressured to violate safety protocols, thereby putting themselves and others on the road at risk.

As sympathetic as we are to the economic issues caused by the trucker shortage, plugging holes with teenagers is not the solution here. Trucking companies need to invest more resources in hiring and retaining experienced drivers who can operate big rigs safely—because the consequences if they don’t are catastrophic. Safety should always be the trucking industry’s top priority.

This is why it’s so critical to hold the trucking companies accountable when their negligence leads to serious accidents. If you’ve been injured or lost a loved one in a wreck involving a semi-truck, contact The Herrera Law Firm today for a free consultation with a San Antonio truck accident lawyer.