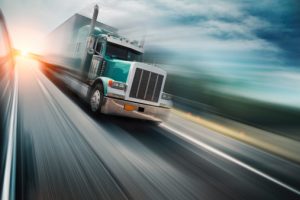 Large commercial trucks can weigh up to 80,000 pounds, so they inflict a significant amount of damage in a crash. When truckers exceed the speed limit, that damage becomes even greater and puts other road users at risk of being severely injured or killed in a truck accident.

Truck drivers have a difficult job. The pressure placed on them by their companies to move more consumer goods as quickly as possible may entice drivers to speed. Also, according to an annual survey released by SmartDrive, there are other factors involved when truckers drive faster than the posted speed limit.

The survey placed the speeding habits of truckers into four categories:

The Careless Behavior Of Speeding Truckers

But it’s not just speeding. The survey also concludes that speeding truck drivers were:

The survey also reports that speeding truck drivers were likely to tailgate other vehicles and blow through stop signs and traffic lights. This type of driving behavior is not acceptable. All it takes is one wrong maneuver to turn another road user’s life upside down.

If you or a loved one was hurt in a truck accident caused by a negligent driver, it is crucial that you talk to an attorney who knows how to handle these types of claims. Truck accidents can be complex, as multiple parties and insurance companies can be involved. Attempting to handle such a claim on your own can leave you confused, frustrated and unsure of where to turn.

Let the experienced legal team at The Herrera Law Firm do the work for you. We’ll investigate the cause of your crash and fight to hold careless truck drivers accountable for their actions. Contact us today to schedule a free case evaluation.