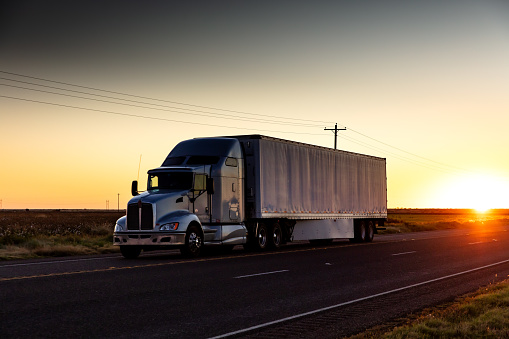 A rollover accident involving a convenience store and a semi-truck carrying hot asphalt recently sent three people to the hospital with injuries.

In June 2021, a big rig exiting from I-35 southbound at the O'Connor intersection in San Antonio failed to brake and crashed into a Circle K, according to a report by KSAT.com.

The trucker, who is reportedly in his 20s, says that he tried to stop the semi, but the brakes failed and he lost control of the truck. The big rig then rolled onto its side, hit multiple cars, and skidded down the road into the store.

The driver was able to get out of the semi-truck and walk over to an ambulance, but he did sustain serious injuries in the crash. Another two men from Keller Industries were on scene for a service call when the big rig hit, and they were also transported to the hospital with minor injuries.

Despite multiple people inside the store, a witness said people were able to take cover before the crash to avoid injury. The San Antonio Police Department is investigating the accident and will look into the truck's mechanical issues.

As experienced truck accident lawyers in San Antonio, we've seen how brake failure and other mechanical defects on a big rig can cause accidents that result in serious and sometimes fatal injuries to others. Thankfully no one died in the June truck wreck, as Texas already averages far too many fatal truck accidents every year.

Annually, Texas often leads the nation with the most fatal truck accidents. Statewide there were more than 652 truck accident fatalities in 2019, according to the most recent information available from the National Safety Council. California had the second most such crashes that year with 408.

That means Texas was home to 13% of all fatal truck accidents in the U.S. that year. And most of the people who died in these crashes were occupants of the other vehicle, not the 18-wheeler.

Despite these alarming statistics, Texas recently passed a bill that puts a heavier burden on victims of trucking accidents. In most cases, the new law forces victims to prove the truck driver was negligent before seeking compensation from a trucking company. It also sets new limits on the use of evidence at trial.

Trucking industry boosters say the law will stop "frivolous" lawsuits against trucking companies and create a "level playing field" when it comes to commercial liability.

The truth is if the trucking industry is tired of getting sued it should stop cutting corners, especially when it comes to routine maintenance of its fleet. Big rigs should undergo regular preventative maintenance, and drivers need to conduct safety inspections pre-trip, en-route, and post-trip.

Some of the most common mechanical problems that result in serious truck accidents include:

A truck accident lawyer can help you seek justice

Semi-trucks, big rigs, 18-wheelers, tractor-trailers, and other large commercial trucks are dangerous when they're not properly cared for, which is why negligent trucking companies need to be held accountable when they fail to appropriately maintain their vehicles.

If you were injured or a loved one died in a trucking accident involving a mechanical defect or some other form of negligence, it's critical that you know your legal rights and options.

Contact us today for a free consultation to see what a truck accident lawyer from our law firm can do for you. We offer legal representation on a contingency fee basis and would be honored to listen to the details of your case.

"The firm's level of professionalism and responsiveness is unparalleled. They were patient in explaining processes and procedures every step of the way. They made certain I was always fully prepared and knew what to expect. I highly recommend their services. Jorge Herrera and his entire staff were absolutely amazing. During such an uncertain and scary time in my life, dealing with personal injury, I'm so grateful that I had a team like the Herrera Law Firm fighting for me and my family." 5-star review on Google by Jessica R.