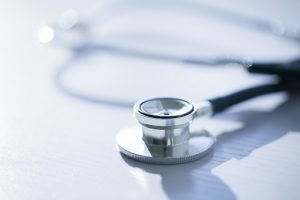 “The scale of this healthcare fraud scheme is mind-boggling,” said attorney Jorge Herrera. “But what’s most upsetting about this case is the physical and psychological harm Dr. Zamora-Quezada caused to people. These people trusted him to take care of them. Instead, he violated the special bond shared between doctors and patients for personal gain.”

Healthcare fraud has become a serious problem in the United States. Determining the scope of the problem can be difficult. But according to an annual report released by the U.S. Department of Health and Human Services and the Department of Justice in April for Fiscal Year 2017 (which ended June 30, 2017), health care fraud in the United States during FY 2017 resulted in $2.4 billion worth of health care fraud settlements and verdicts.

Starting in 2000, Zamora-Quezada began falsely diagnosing people with rheumatoid arthritis, a chronic pain disorder that affects the hands and feet due to inflammation of the joints, according to My San Antonio News.

Zamora-Quezada would then prescribe unnecessary chemotherapy treatments for rheumatoid arthritis, according to a May 22 San Antonio Express-News article about Zamora-Quezada’s healthcare fraud scheme. Common side effects from chemotherapy include:

Patients would then undergo lengthy, painful chemotherapy treatments for medical conditions they did not have, which made their health much worse. Such treatments also resulted in hundreds of thousands of dollars in medical bills.

Overall, investigators estimate that Zamora-Quezada defrauded government-subsidized insurance programs such as Medicare, Medicaid and Tricare out of $240 million, according to the May 22 San Antonio Express-News article. The 61-year-old doctor used that money to fuel a lavish lifestyle, which includes owning a private jet, a Maserati and several expensive real estate holdings in the United States and Mexico, according to KSAT News.

Zamora-Quezada was arrested on May 11 in McAllen, Texas. He pleaded not guilty to all charges on May 15. Zamora-Quezada is being held without bond because he has been deemed a flight risk, according to a May 22 San Antonio Express-News article. Zamora-Quezada’s San Antonio medical clinic has also been shut down.

Since then, the Federal Bureau of Investigation (FBI) has been actively seeking other people treated by Zamora-Quezada since 2000. The FBI is “concerned there were potential victims who were misdiagnosed and may be continuing treatment based on that,” according to Special Agent Michelle Lee, spokeswoman for the FBI’s San Antonio office, who was quoted in the My San Antonio News article.

The Herrera Law Firm is actively reviewing cases on behalf of patients harmed by Zamora-Quezada. If you or a loved one underwent unnecessary medical procedures, including chemotherapy, contact our law firm and schedule your free case evaluation today.