San Antonio Drivers At Risk from Drugged Drivers, Even as Drunk Driving Declines 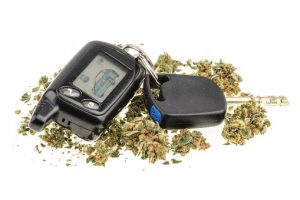 Although the laws on drunk driving and drugged driving are clear, a personal injury lawyer knows that some people violate them and get in the car when they should not do so. Recently, the National Highway Traffic Safety Administration released two new reports on the issues of drunk and drugged driving that can help to shed greater light on the risks that people are taking when they drive while impaired.

The NHTSA Shows that Drugged Driving is on the Rise

One of the two recent NHTSA reports that was released is the agency's National Roadside Survey. The NHTSA began conducting this survey in 1973 and has done it five times since. Essentially, it involves roadblocks being set up and drivers being stopped and tested for drugs and alcohol. The drivers are warned by signs well before reaching the roadblock and their participation in the study is completely voluntary. If they do decide to participate, the data that is collected is kept anonymously and the driver does not face arrest or legal consequences even if he is found to have alcohol or drugs in his system.

The NHTSA's most recent study showed that there has been a 30 percent decline in the number of people who have alcohol in their system while driving compared with the prior survey, which was conducted in 2007. Since the first survey in 1973, there has been an 80 percent reduction in the number of people driving drunk. This reduction has been driven by tougher laws, better law enforcement efforts, and the efforts of advocacy groups like Mothers Against Drunk Driving.

Drugged driving, however, has not declined dramatically. In fact, the number of people who drive while on drugs actually went up in recent years. In 2007, 16.3 percent of motorists had drugs in their system when tested. In the most recent test, there were 20 percent who tested positive for having drugs in their system. The increase in drugged driving was largely centered around the fact that there are more marijuana users now than in the past. There was almost a 50 percent rise in the number of people testing positive for THC, marijuana's active ingredient.

Drugged and drunk driving are both dangerous. The second of the two recently-released NHTSA studies shows that drugged driving is actually a high-risk behavior that increases the chances of collisions, despite some suggestions to the contrary. The NHTSA found that when significant amounts of marijuana were used, a person could experience impairment that prevents him or her from driving safely. A drugged driver could have delayed reaction times, impaired judgment, and more difficulty remaining aware of what is going on around him.

Safety groups and tough laws have been effective at reducing drunk driving. Now, advocates and lawmakers need to focus on helping motorists to understand the risks associated with driving after using drugs.