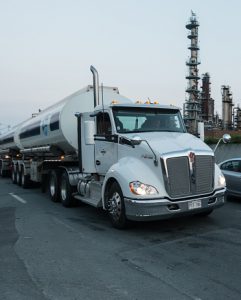 The Permian Basin, which encompasses the Midland and Odessa area, has been the hub of Texas’s rich oil industry for nearly a century.

A 2016 report released by U.S. Geological Survey estimated that roughly 20 billion barrels of oil could be buried beneath the Wolfcamp Shale of Midland. It is estimated that enough oil could be extracted to power the average car for 9.6 trillion miles. However, this amount of oil would take about 30 years to extract.

The economic boom will increase the number of cars and trucks on the roads throughout the region.

The oil boom calls for an increase in drillers and truck drivers. However, the trucking industry finds itself struggling to fill the demand, as most truckers who lost their jobs after the last boom have since lost interest in returning.

This means that the oil industry will be more likely to hire inexperienced drivers. In order to meet the high product demands, truckers will be forced to overexert themselves. This puts road users in greater Odessa and Midland at risk.

The oil boom will also create more traffic congestion on the highways and in the cities. In response to this concern, the city of Odessa has passed an ordinance prohibiting semi trucks and large trucks with tandem axles from entering the city limits unless their destination or delivery point is inside Odessa itself. This means that large trucks will only be allowed to drive on Interstate 20 and Loop 338. In the event of a destination or delivery point within Odessa, trucks are required to take the shortest possible route.

While this ordinance will help prevent accidents in the city of Odessa, it will also increase congestion on the highway. This could potentially put highway users at risk of an accident.

Why hire an attorney?

An accident caused by a negligent truck driver can result in serious and even life-threatening injuries. That’s why you should seek the advice of an experienced Texas truck accident attorney. For more than three decades, Herrera Law Firm has helped injured motorists seek justice on the road to recovery.

With so much at stake, the oil company who employs a negligent truck driver will attempt to deny any wrongdoing on their part. Additionally, their insurance company will go to great lengths to protect their bottom line. This includes either denying your claim or offering a small settlement that barely covers the cost of your medical expenses and lost wages.

Contact us today for a free, confidential case evaluation. We’re ready to fight for you every step of the way. We work on a contingency fee basis. That means you don’t pay unless we win.