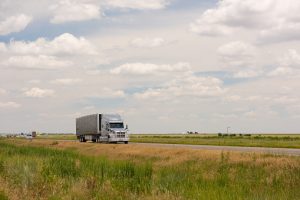 The accident rate is often influenced by an upsurge of oil trucks and drivers traveling to and from work. The highways become congested with massive tankers and smaller passenger vehicles – a dangerous combination for all road users.

The crash rate continues to rise

NewsWest9 cites data by the Texas Department of Transportation indicating that the Odessa District – which consists of 12 counties – will see its accident rate rise in conjunction with the economic boom.

As the economy and population continues to grow, the area infrastructure struggles to keep up. This not only impacts the quality of life within the Permian Basin, but compromises road safety.

In 2018, the Odessa District ranked No. 6 out of 25 Texas districts for fatal traffic accidents. In the past three years, the district has seen its crash rate increase by 67 percent and its fatality rate by 97 percent. What’s worse, commercial vehicle crashes have increased by 160 percent and fatalities caused by commercial vehicles by 122 percent.

During the same period, the Odessa District, which contains only 1.6 percent of the state’s population, had almost 15 percent of all statewide fatal traffic accidents involving commercial vehicles – rivaling the combined death rate of the Houston and Fort Worth districts.

In addition, the district ranked No. 5 for daily vehicle miles in the state, with an increase of more than 100 percent.

Injured in a crash? Our attorneys will fight for you.

Whether your accident involved a large commercial truck or an oil tanker, you likely sustained serious injuries that require costly medical treatment. Moreover, you may be unsure of how you will be able to make ends meet while you’re unable to attend work.

Unfortunately, obtaining compensation after a truck accident is a complex and frustrating process. Trucking companies are known for trying to cover up their tracks.

The attorneys at The Herrera Law Firm possess decades of legal knowledge and experience handling cases like yours. We fight to hold negligent parties within the commercial trucking industry accountable for acting recklessly or ignoring safety regulations.

To learn how we can help you and your family, contact us to schedule a free case evaluation.