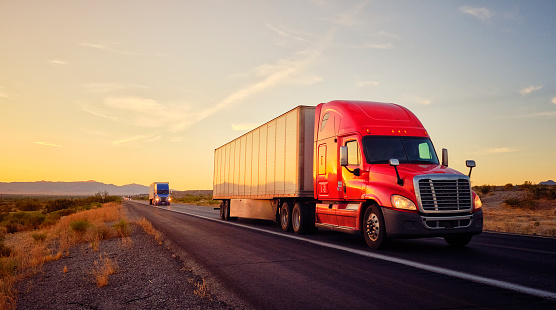 Every month, thousands of trucking accidents happen in Texas that cause dozens of deaths and hundreds of injuries. Crash data reveals that many of these "accidents" are due to truck driver negligence and are completely preventable, demonstrating yet again how the reckless actions of an irresponsible trucker can have a devastating impact on others.

A recent court case involving a San Antonio truck driver who was charged with criminal negligent homicide stemming from a fatal crash has put the spotlight once more on the issues surrounding trucker negligence.

According to the Federal Motor Carrier Safety Administration, the odds of being involved in a "safety-critical event" — that is, a crash, near-crash, or unintentional lane deviation — are over 23 times greater for commercial motor vehicle drivers who engage in texting while driving. With that in mind, it shouldn't come as a surprise to anyone that CMV drivers are barred from texting while driving and are only allowed to use a cellphone if it is in close proximity and can be operated in hands-free mode.

These laws were put into place to put an end to distracted driving by commercial truckers and prevent the myriad of deaths and injuries that are associated with this type of dangerous driving behavior. Sadly, these rules did not help the Kenedy man and his dog who tragically died in a 2018 head-on crash with a tractor-trailer being operated by a trucker who was accused of eating a Pop-Tart and talking to his wife on a hands-free device when the deadly crash occurred.

Gregory James, 33, of San Antonio, recently pleaded guilty to criminal negligent homicide for causing the fatal collision in which he passed a vehicle in a no-passing lane and ultimately crashed head-on into the victim's SUV. James received 3 years probation under deferred adjudication and was ordered to pay a $1,360 fine. He was also ordered to pay for and complete a series of driver safety classes during his probated sentence.

State officials from the Department of Public Safety had said James veered into oncoming traffic because he was distracted while talking on the phone and eating, but the allegations of distracted driving were never mentioned in his indictment.

“Those actions alone are not criminal in nature; however, passing another vehicle in a no-passing zone in conjunction with distracted driving is the reason criminal charges were filed,” Victoria County district attorney Constance Filley Johnson said in an email to the Victoria Advocate.

If convicted, criminal negligent homicide is a state jail felony that can be punishable by 180 days to 2 years in state jail and a fine of up to $10,000.

Even if a trucker isn't texting while driving, it's obvious that other distractions can be just as dangerous. It takes a considerable amount of training, skill, and focus to safely operate an 18-wheeler, tractor-trailer, semi-truck, or big rig, and any trucker who lets distractions steal their attention away from the road is running the risk of causing a catastrophic truck accident that has lasting consequences.

Was justice served in the case involving Gregory James? Many will probably argue no, but it's important to realize that the outcome of a criminal case is completely separate from any potential civil action a victim and/or their family may want to take against the at-fault individual. In other words, you can still win a civil case against a defendant regardless of what happens in their criminal case — which for a lot of families is the only way to receive closure and obtain justice.

At The Herrera Law Firm in San Antonio, our truck accident lawyers have been fighting for the rights of injured people and grieving families throughout Texas since 1983. Let our knowledgeable and experienced legal team aggressively advocate for your best interests and fight for the justice you deserve. Trucking companies have a lot of resources and teams of attorneys in their corner, so you're at a severe disadvantage if you try to take them on by yourself. If you’ve been injured or a loved one died in a commercial truck accident due to negligence, our law firm can help you level the playing field.

Contact us today for a free case consultation. And remember, "Winning isn't luck. It's knowing how to fight."