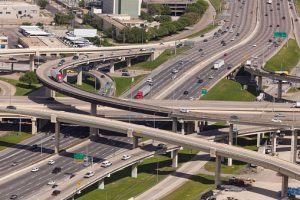 The back road is long, the hour late. Nobody seems to be out. The last time you saw a headlight was miles ago.

The high beams are on and there is no mistaking the black and white sign that reads the speed limit is 35. You are going 40, okay 43.

An old favorite comes on the radio. You’re now up to 48 miles per hour. By the time the next tune begins, you are at 52 – 17 miles an hour over the speed limit.

No worries. You are almost home. You know this road like you know your middle name.

In another city, town, state, on another familiar road, someone is following the same roadmap. Maybe going 30 miles over the speed limit. They think they are almost home, too.

But a new study by the National Transportation Safety Board has found speeding-related fatalities were three times higher on local roads than on highways. It blamed high speeds. And San Antonio motorists need to be aware of those findings.

Fatalities Top Those Due to Alcohol

From 2005 to 2014, the study reports, there were more than 112,000 fatalities from speeding-related crashes. That accounted for 31 percent of traffic deaths, the same number as alcohol-related deaths. 64 percent of the people killed were the drivers who were speeding, and 20 percent were passengers.

And unfortunately, too often people who were not themselves speeding are the victims of these crashes. 40 percent of the more than 336,000 people injured in 2014 alone were occupants of non-speeding vehicles, pedestrians or bicyclists.

The NTSB survey also showed that respondents overwhelmingly agreed that speed limits should be obeyed. A study also revealed that 87 percent of drivers said exceeding the speed limit by 20 miles an hour was unacceptable, but 27 percent of the same respondents said they do so without thinking.

Traffic cameras were one of the best ways to prevent speeding, the report suggested.

“It Is Killing People”

A spokesman for the organization has suggested states treat speeding the way they treat drunk driving: “We allow this to happen in modern society, but it is killing people. For so many years these fatalities have been one of those consequences of modern life. We drive, therefore people will die. But no, these deaths are preventable.’’

Slow down there in Alamo Heights, Olmos Park, Lake Dunlap. Wherever you are, you’ll get there.