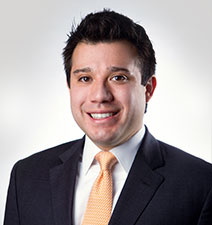 The MABA is an organization that provides a platform for attorneys to promote social, economic, political and educational advancement for people living and working in the community. Founded in 1959 by Mexican-American attorneys, the Association serves the Mexican-American community by offering legal services and advice. MABA supports higher education and diversity in the legal community through the awarding of scholarships and mentoring of students interested in the legal profession or government.

Before becoming president-elect, Javier served as 2015 Vice President at MABA, San Antonio Chapter. He also is a member of the College of the State Bar of Texas, the American Association for Justice and the Texas Trial Lawyers Association.

The Herrera Law Firm congratulates Javier for taking on this important leadership role. He carries on the legacy of his father, the firm's founder Frank Herrera Jr. who earned a reputation as an attorney who fought hard for the underdog and vigorously protected the rights of the oppressed. We wish Javier the best of luck in his new role.