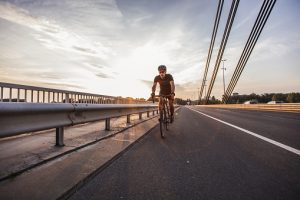 As more residents of and visitors to San Antonio are encouraged to get around by bicycle, the risk of bicycle accidents with cars and SUVs is likely to increase. Like many cities, some sections of San Antonio lacks infrastructure that accommodates bicyclists.

In 2018, San Antonio had a total of 327 bicycle accidents, with four of them being fatal, according to News4SA. That marks a slight increase from 2017, which saw two bicyclist deaths.

A bicyclist was recently killed in San Antonio after being struck by an SUV. The driver was arrested and charged with “intoxication manslaughter and failure to stop and render aid.”

In another recent incident, a well-known bicyclist and bicycle shop owner was struck by a driver on East Houston Street, according to abc12. He later died at the hospital due to a severe head injury. The driver of the vehicle was arrested and charged with DWI.

These incidents have raised concerns among bicycle safety advocates, who are pushing for change.

“San Antonio has one of the lowest scores for biking and walking,” said Janel Sterbentz, Bike San Antonio director. “Making it one of the most unsafe large cities in the United States.”

In order to lower the risk of bicycle accidents within city limits, city and cycling officials are currently focusing on adding bike lanes on Broadway.

Broadway is just a starting point for the rest of the city.

"We do not have a lot of protected, dedicated bike lanes in San Antonio. As big of a city as we are, we fall behind our peer cities in respect to that," Zanoni said.

Cell phone distractions, drunk driving, inattentiveness, and aggressive driving all pose risks to bicyclists each day throughout San Antonio. Unlike passenger-vehicle drivers, bicyclists don’t have the protections afforded by airbags and seatbelts. Even when equipped with helmets, bicyclists can still sustain severe bodily injuries – many of which can be life-threatening.

The experienced pedestrian accident attorneys at The Herrera Law Firm proudly represent bicyclists who have been injured in crashes with motor vehicles. We know how to take on the insurance companies and recover compensation victims are entitled to.

If you’ve been hurt, contact us today to schedule a free case, confidential case evaluation.