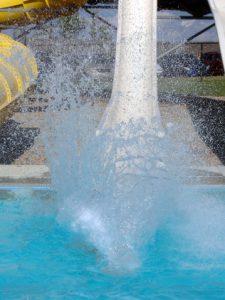 MySanAntonio.com reports that in Texas, the state's Department of Insurance fields dozens of reports annually about amusement park injuries. State statute mandates owners and operators of these rides turn in a quarterly report that details any incident requiring medical treatment or resulting in death.

"Medical treatment" in this case excludes injuries like minor burns, scrapes or splinters that require only first aid. Those subject to this rule include those who operate mobile carnivals, water park rides and most theme parks.

Back in 2013, you may recall the Iron Rattler in San Antonio was shut down for a period of time following a fatal Texas amusement park accident in Arlington in which a 52-year-old woman was thrown to her death one Friday evening. An investigation by the Tarrant County Medical Examiner's Office concluded the ride patron suffered multiple traumatic injuries due to her roller coaster fall. The theme park and German ride manufacturer later reached a confidential monetary settlement with the surviving family of the Dallas grandmother following her death.

Officials in San Antonio reported the Iron Rattler, though not exactly the same, was largely similar to the Texas Giant from which the woman had been thrown. Both are hybrid roller coasters constructed of steel and wood. The configuration differed slightly, but concerns regarding their similarities led to the San Antonio amusement park ride being shuttered.

KSAT ABC-12 reports that since 2013, there have been 63 reported injuries at San Antonio theme parks (and those in the surrounding area) that have required emergency medical attention. Some of these were relatively minor, but others included neck injuries, most occurring on water slides. Others also included broken legs and finger amputations. Two guests reportedly ended up with serious dental damage, including broken teeth. Nine had cuts that required stitches. Still others suffered serious back injuries. Many injuries involve bumps, bruises or cuts resulting from riders slamming into other guests, particularly on slides.

Some parks with troubling records of injury include Sea World, the San Antonio Zoo and the JW Marriott water park.

Rides are supposed to be inspected each year, and insurance is required. Each ride should have a state-issued sticker indicating it's been inspected - one that is displayed prominently. Parents need to pay attention to signage and take responsibility for making sure their children are the right height for each ride.