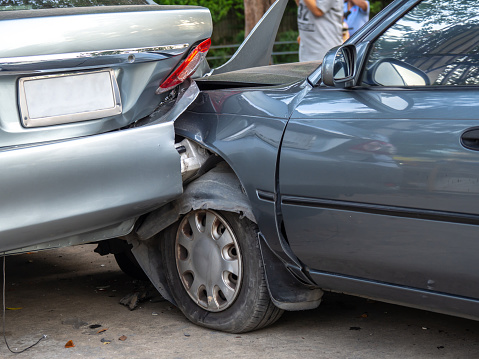 There are far too many fatal car accidents in San Antonio each year. Some roads are more dangerous than others because of heavy traffic and other factors. But an analysis of data going back a decade has found that Culebra Road has been the location of more fatal vehicle crashes than any other road in the city.

The San Antonio Express-News analyzed data from the Texas Department of Transportation and found there have been 700 fatal crashes on San Antonio roads since 2012. They also found that 48 of those 700 crashes happened on Culebra. South Zarzamora was a distant second with 25 fatal crashes, and San Pedro was third with 23.

“Culebra is seven lanes wide, and people act like it’s a speedway, even though the speed limit is only about 40 or 45 miles per hour,” said Joe Conger, spokesman for San Antonio’s Transportation Department.

The department recently conducted a survey of nearly 1,200 residents who live on Culebra or near the road. More than half of those residents said they think Culebra is unsafe. They cited problems such as speeding and distracted drivers.

Crossing the road is very difficult, some residents said, whether in a vehicle or on foot, due to “heavy, speeding traffic.” Some called for concrete medians to prevent drivers from the using the center turn lane as their own “fast lane.”

“I live one block from Culebra Road, and I have a good view of the intersection,” said one resident. “I have lost count of the crashes that occur just on this intersection and of pedestrians getting run over. I see vehicles racing and speeding pretty much every day.”

In 2022 so far, there have been six fatal crashes on Culebra – tying its previous high from two other years.

Improving conditions on Culebra has been a priority for San Antonio since 2016 as part of its Vision Zero Initiative. The city has added lighted pedestrian crosswalks, as well as refuge islands as a safe barrier for pedestrians. Police have also stepped up enforcement of traffic law violations.

Conger said that while the city has been focusing on education and improvements to help make roads safer, drivers need to take more responsibility for their role in traffic safety.

“When people get behind the wheel, they not only have to remember that driving is a privilege, but they need to look out for one another,” he said. “Everyone on the road is someone’s loved one, so when you buckle up, you need to be responsible.”

“People don’t always remember that this 1- or 2-ton thing can be a weapon when you are driving too fast or not paying attention to the road,” he said.

Talk to a car accident lawyer from The Herrera Law Firm

A negligent driver can change your life in seconds, but recovering financial compensation for what happened can be a long and complicated process. Negligent drivers deny doing anything wrong, and insurance companies will try to pay you as little as possible. That’s why you need an experienced car accident attorney working for you.

At The Herrera Law Firm, our car accident attorneys know what you are going through and are ready to help. Our firm has been fighting for the injured for decades. We get results for clients by building strong cases and fighting insurance company attempts to pay you less. If you were in a car accident in San Antonio, contact us to schedule a free consultation.